The very talented Kellie Elmore has a piece in the new anthology If the World were my Classrooom by She’s the First. 100% of proceeds sponsor girls’ education in their eight partner countries. 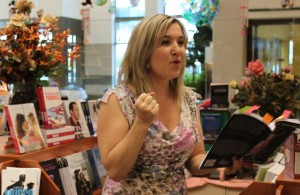 The always lovely Heather Grace Stewart had the first stop of her five city book tour. This week she visited her local Library Boyer Bookstore, where they had a display of Carry on Dancing and she did a signing and reading. Next stop is the second busiest Chapters-Indigo store in North America, Chapters Pointe Claire, Quebec. Heather will be signing books from noon to 4p.m. on Saturday, April 28th, and then driving to her home town Kanata, Ontario to do the same at Kanata Chapters Centrum on Sunday, April 29th from 1-3 p.m. 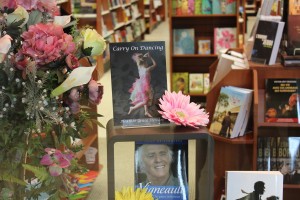