Top
You are here: Home / Author Spotlight / Writing Away from Your Keyboard by Ina Schroders-Zeeders 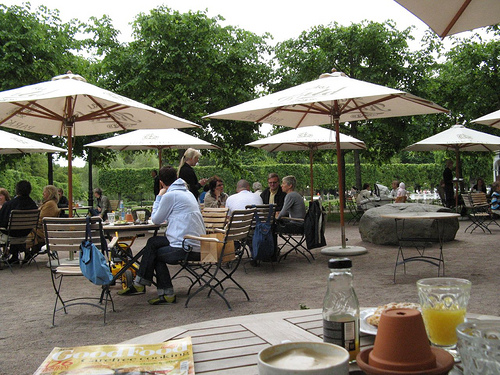 Writing stories and poems is something which doesn’t only happen behind the computer, but apparently goes on even when the writer is attending a funeral or a birthday party. Well, that is probably why I sometimes don’t remember what happened, what was said or who got drunk, but later on people recognise events in scenes of what ever it is I wrote. And I honestly have no idea that the inspiration came from real life. Most of the time.

When I was sitting in a café a year ago this month, drinking a nice coffee and enjoying the sight of sunny weather for January, I was working, okay? I was working with my eyes closed to take in the sun’s warmth and a conversation that was taking place near me, between two women.

“But if she was to marry me, would you still be my lover?”

One sentence and I dreamt away. I thought of a complete scenario. I pictured jealous rivals and passionate encounters. A few weeks later, I used the intriguing sentence in a story of mine.

Half a year later I was on the ferry. I tried to read, but the ferry was in bad weather and I found it difficult to concentrate, as a couple of women in front of me were screaming and laughing.

“… and then she told me she had read about the same situation as we were in. In a novel. There was a line in there, which was exactly how she had said it to me.”

“Yes! Isn’t it absurd? It was literally what I had said about our relationship and what would happen if…”

That is all I heard about the conversation. The stewardess made an announcement that over shouted the voices.

Agreed, it could have been about another sentence. About another couple, as I never saw the women in the café. But there we go again. In my imagination…

Ina Schroeders-Zeeders is the author of several poetry books including her latest release, Roads Book 1. Find out more about Ina on her author page.

Writing stories and poems is something which doesn't only happen behind the computer, but apparently goes on even when the writer is attending a funeral or a birthday party.