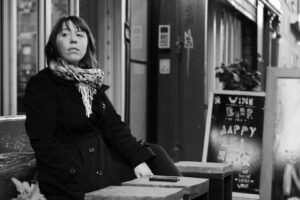 Loren Kleinman is a Pushcart Prize nominated poet with four published collections, including The Dark Cave Between My Ribs, which was named one of the best poetry books of 2014 by Entropy Magazine. Loren’s work has appeared in many journals, such as Adanna, Levure littéraire, and the Aesthetica Creative Writing Annual. Her essays have appeared in Cosmopolitan, Good Housekeeping, and Seventeen Magazine, and her interviews can be found in The Huffington Post, IndieReader, and USA Today. Loren is a faculty member at New York Writer’s Workshop, and a full-time freelance writer and social media strategist.